Somethin' On Your Mind, Hudsy? 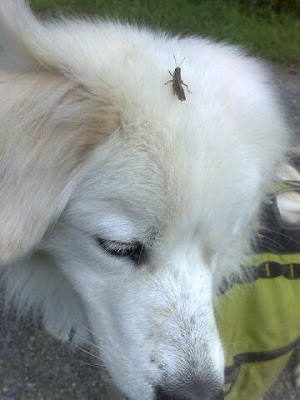 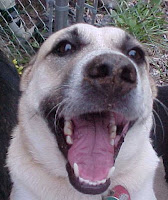 How will we decide which dog represents each month? Well, here's where you come in. Everyone gets to decide. Everyone gets to vote. So please pass the word to friends, family, co-workers, vets, shelters, rescues, groomers, Great Aunt Bessie in Duluth – well, everybody!
Here's how voting works. Photos and stories are up on our web site. For a small donation of $1.00 per vote, everyone gets to vote for his or her favorite dog(s). For example, if you want to vote 10 times for your best friend Sparkles, you would click on Sparkles' photo, donate $10.00 for Sparkles, and she would then get 10 votes. Or you can split your votes. If you like several dogs (of course you do), you would donate X number of dollars for each dog you like and each dog would get that number of votes. Even better -- you can vote as many times as you want. This means you can vote multiple times for one dog, or one time for multiple dogs, or any variation thereof, and come back throughout the voting period to keep your favorite dogs in the running by casting more $1.00 votes. The 13 dogs with the largest number of votes win their months on the calendar.

It's really very simple: $1.00 donation* = 1 vote and you can vote as many times as you want for as many dogs as you want until voting ends September 20th at 12 midnight EDT..

Now here's the other great news. No dog loses! While there will be only 13 dogs on the main calendar, (one for each month and one on the cover) all the other dogs in the contest will still have their photos published in the photo galleries in the calendar. Every dog's photo will be in the calendar!

Each calendar is a lasting tribute to those beautiful dogs who struggled with and are still struggling against this disease, so please give them as gifts to vet clinics, rescues, shelters, and groomers, as well as family, friends and colleagues.

*A percentage of your donations goes directly to the veterinary oncology programs at Texas A&M University, Colorado State University, and Tufts University.

Last year we donated 10% of the gross sales to Morris Animal Foundation. This year, since we're donating to three veterinary oncology programs, the percentage will be determined by the total proceeds raised. Finally, what doesn't go into paying for the cost to print and ship the calendars is used to support all of the education and awareness 2 Dogs 2000 Miles does for canine cancer.

PLEASE NOTE: We recently experienced some problems with Click & Pledge. Originally Luke has set the page to load all 99 photos and stories at once. This made voting for more than one dog easy since you didn't have to move from one screen to another, and you needed to process your credit card only once. However, it was taking so long for the page to load for some people the process timed out before all the photos and stories were loaded, making it impossible for some people to vote! So we changed it to reflect the same photo galleries as on our web pages. This made the process of loading Click & Pledge faster but it also created a new problem. Now each time you vote for a dog on a different screen, you have to resubmit your credit card number. For example, if you want to vote for Dog X on page 1 and also Dogs Y and Z on page three, you have to enter your credit card for Dog X then re-enter your credit card for Dogs Y and Z. The question is, which arrangement is less problematic for people? Please send us your feedback and let us know which setup you prefer. We can go back to the entire 99 dogs loading on one page, which slows the page loading and may interfere with your voting, or we can keep it as it now is but you may have to enter your credit card several times if you are voting for several dogs on different pages. We'll take comments to feedback@2dogs2000miles.org today and tomorrow and based on your feedback, leave well enough alone or go back to the original set-up. 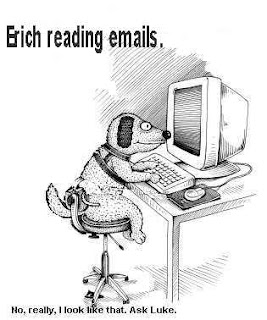 Here are the calendar contestants. If you DO NOT see your dog’s name here or if something is spelled incorrectly, please email me ASAP at erich@2dogs2000miles.org.

Thank you to all who entered. You have broken my heart and warmed my soul with the stories you have shared and the love you have shown your dogs. Would that every dog should know such love and devotion.

Voting will be live soon. Until then, you can check out all the gorgeous faces here. There are four pages, so don't forget to click through them all. Soon their stories will be up too and voting will then begin! Instructions for voting to follow.

September 18th 2009 we're attempting to organize the largest dog walk in history to march across the Potomac & assemble in the National Mall. This isn't a fundraising event for any organization including 2 Dogs 2000 Miles. The sole purpose is to bring national attention to the number one killer of adult dogs.
While I personally view the March on DC as the culmination of my own cross country walk, I have applied to Guinness Book of World Records to make it reflect all of our efforts to end canine cancer.
Here's a video about it: http://www.youtube.com/watch?v=-rGd-79UhuM

All of you have helped in various capacities to make this possible. And now I am personally calling for your help to make the March on DC successful. This country needs to see both the size and scope of the epidemic of canine cancer and to hear our collective voices.
There isn't any federal money earmarked through the NIH and NCI that goes towards comparative oncological research and this is our one shot to change that. I'll be meeting with congresspeople while in DC but we need large numbers there to convince them to listen. And that's not going to be done with petitions but with puppies & people, too.
You know, some of the experts I've talked to have said politicians just aren't interested in non-human cancer and it can't be done. But some said the same thing about me. They said you'll never make it 100 miles. And when we did they said you'll never make it out of Texas. And still we kept on walking.
And we'll keep walking, all the way to the doorsteps of the White House. Whatever it takes. As leaders in the animal community, please help spread the word.
Hudson, Murphy, & Luke
Posted by 2 Fuzzybutts and a Big Dog at 9:47 PM 1 comment:

We're on our way to Washington DC to lead the largest dog walk in history across the Potomac to the National Mall. September 18th, 2009 we're meeting at the LBJ Grove in the Lady Bird Johnson Park at 10AM. This time has changed a bit and we're still putting together all of the details. Erich will post them later. We just finished a Press Release (thank you, Kelley!) and finally, I finished the promo video for DC! Gotta get back on the trail - we have 220 miles still to go!
Posted by 2 Fuzzybutts and a Big Dog at 9:03 AM 2 comments:

The Epidemic of Canine Cancer Part I

I never really believed I was the right man for this mission. Before Malcolm I hadn't had a spiritual bond with a dog and prior to the walk, never spent a second in an animal shelter and my experience with and understanding of canine cancer was limited to just osteosarcoma.
The ideal person would've been comprised of equal parts Steve Irwin, Bear Grylls and veterinary oncologist. Nonetheless, I left Austin in March 2008 without a clear understanding of my mission, what I wanted to accomplish, or even where the most pressing needs are with canine cancer.
Now well into the back nine of our cross country trek and with our March on DC fast approaching, I find myself oft reflecting about such things. I have met with thought leaders, academics, and an odd lot of animal lovers along the way who through their vast insights and experiences have taught me a lot. But mostly I've learned from the ones who should be doing the teaching.

Either in person or spirit, I've gotten to know hundreds of dogs touched by cancer and here's what they have taught me:

(1) We Get Cancer, Too. Most of you have absolutely no idea how few people out there know that dogs get cancer. Having walked across 8 states thus far the vast majority I've met don't.

(2) You Say Tumor, I Say Tuba. Not fluent in dogspeak yet but I assume when dogs tell me they have a tuba, they mean tumor. And what science teaches us is that it's the same as in humans. Dogs get brain cancer, breast cancer, bone cancer, lymphoma, melanoma, etc., and using them as a model to help not only pets but people, too is an area of research called comparative oncology. Learn more about it here from the National Cancer Institute.

A veterinarian oncologist I met in Louisville called dogs our 'Canaries in the Coal Mines' and what they're getting at a much more accelerated rate, we're going to get, too.

(3) I'm Only 3, Why Do I Have Cancer? During the last month alone several of our supporters have lost dogs to cancer all under the age of four. Just like in people, canine cancer is no longer a disease of old age.

(4) In a Few Decades I'll Only Live to Be Five Years Old. You won't find any statistic or organization that'll back this statement but what I've seen and heard supports it. The trendlines are frightening. Even now the lifespan of certain large breeds are being downgraded from 8-10 to 6-8 years.
Awareness and education are our absolute number one priority now and there's nothing more important than the March on DC
Posted by 2 Fuzzybutts and a Big Dog at 4:24 AM No comments: