The other day I posted on Facebook about winding things down in New England in preparation for Walk 2 and that moving on isn't the hardest part for an adventurer, it's the leaving behind.  But that's only mostly right. 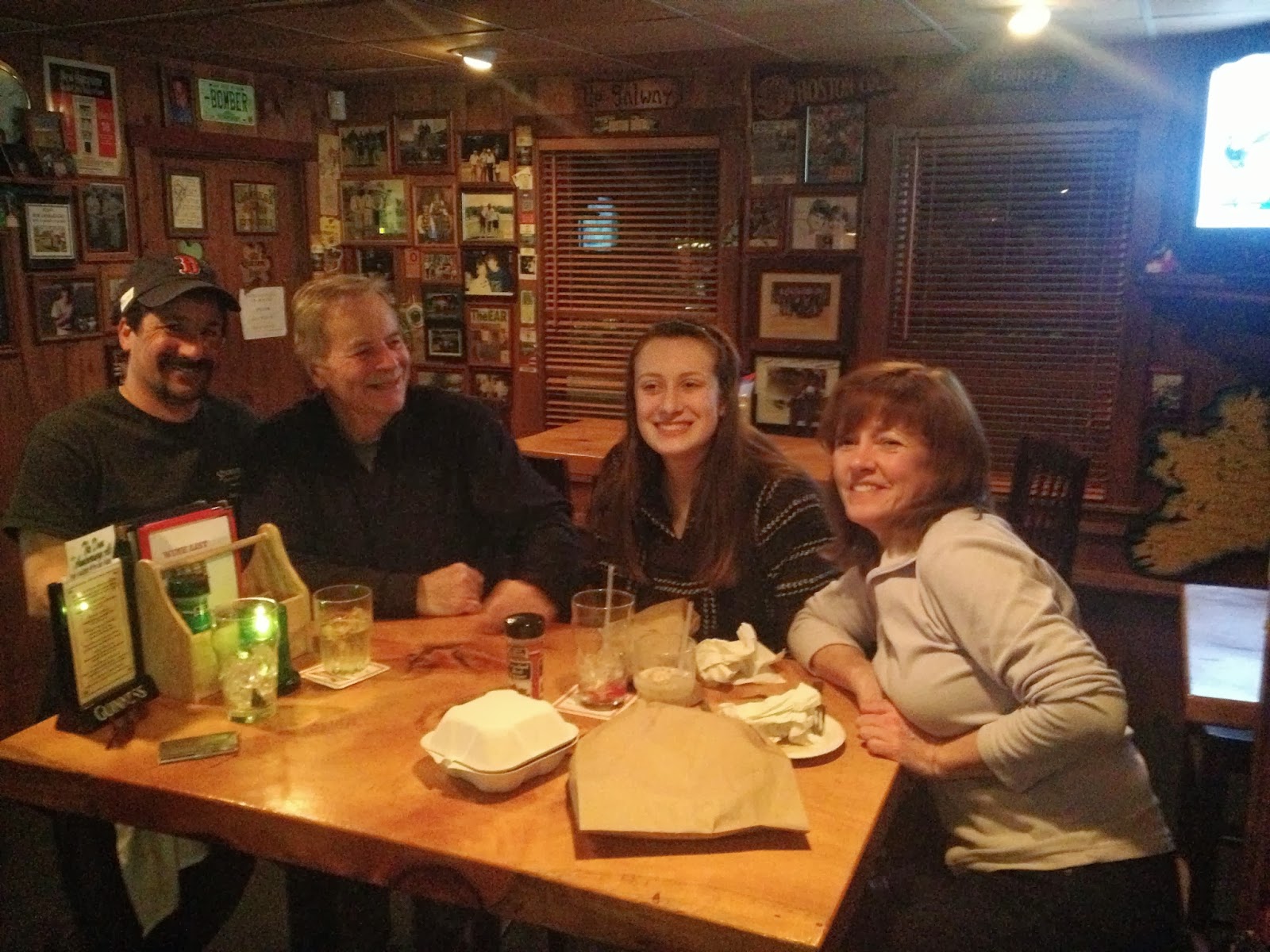 Ironically enough this was the first restaurant I ate at in North Conway NH with our dear friends Donna & Larry and it was where we ended up Wednesday night.

That's them with their niece, Christina, and Jim the ball busting bartender that makes the waitstaff at Dick's Last Resort look like Disney workers. He's a good kid and infinitely entertaining though he makes girly drinks. 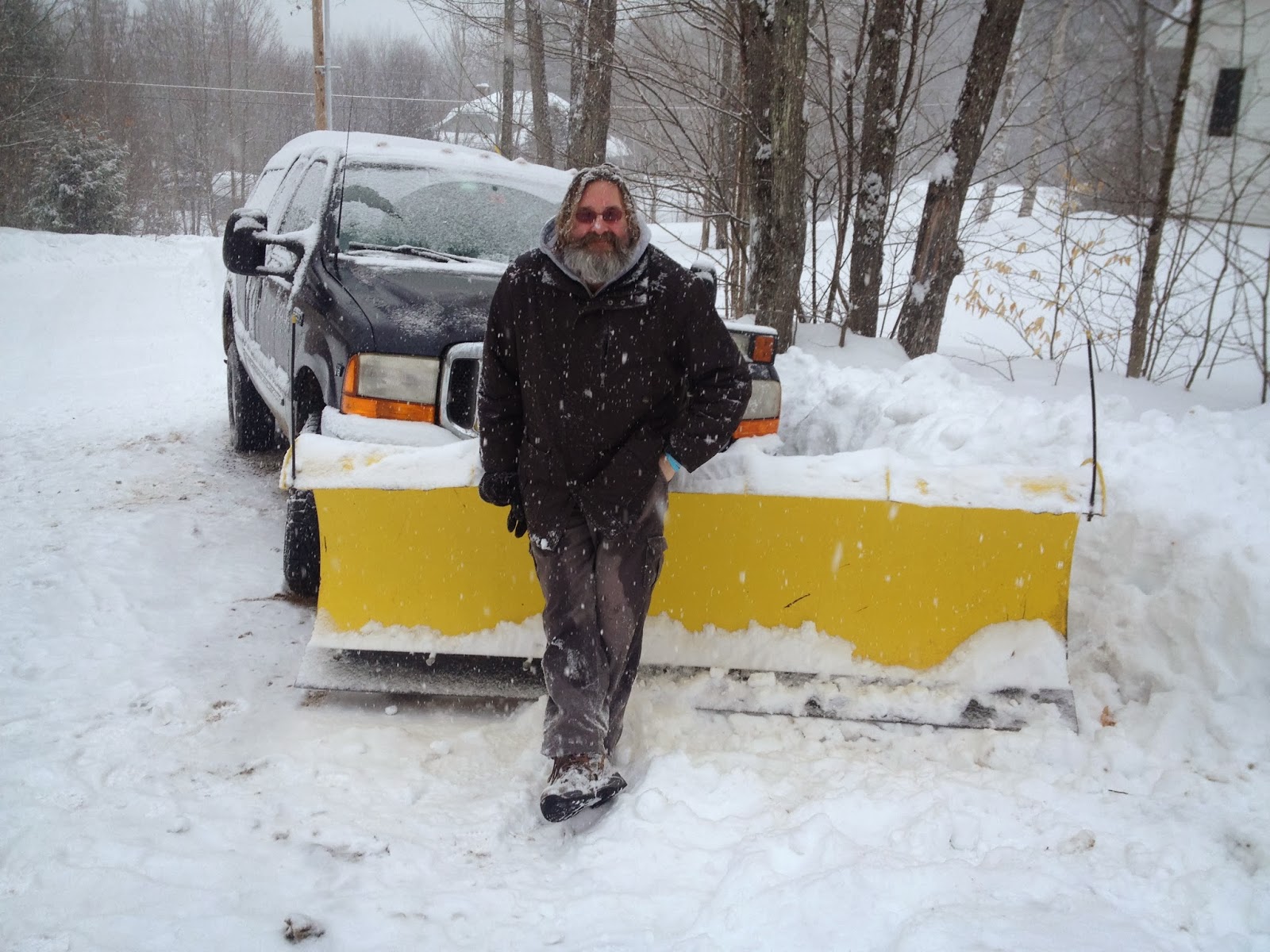 I had hoped to get some exercise up in the White Mountains and man did my wish come true though not like I anticipated.  The accumulation of snow and ice was so steep on their driveway Larry drove his plow into the bank not once but twice and we had to dig it out both times.

Heck I'm just a simple man from Texas and I started to think this is some strange sport up here.... Some folks down south canoodle catfish, some wrestle gators, but up here drive your truck in the ditch then dig it out.  I was ready to break out the Foreman Grill and the Brats and beer. 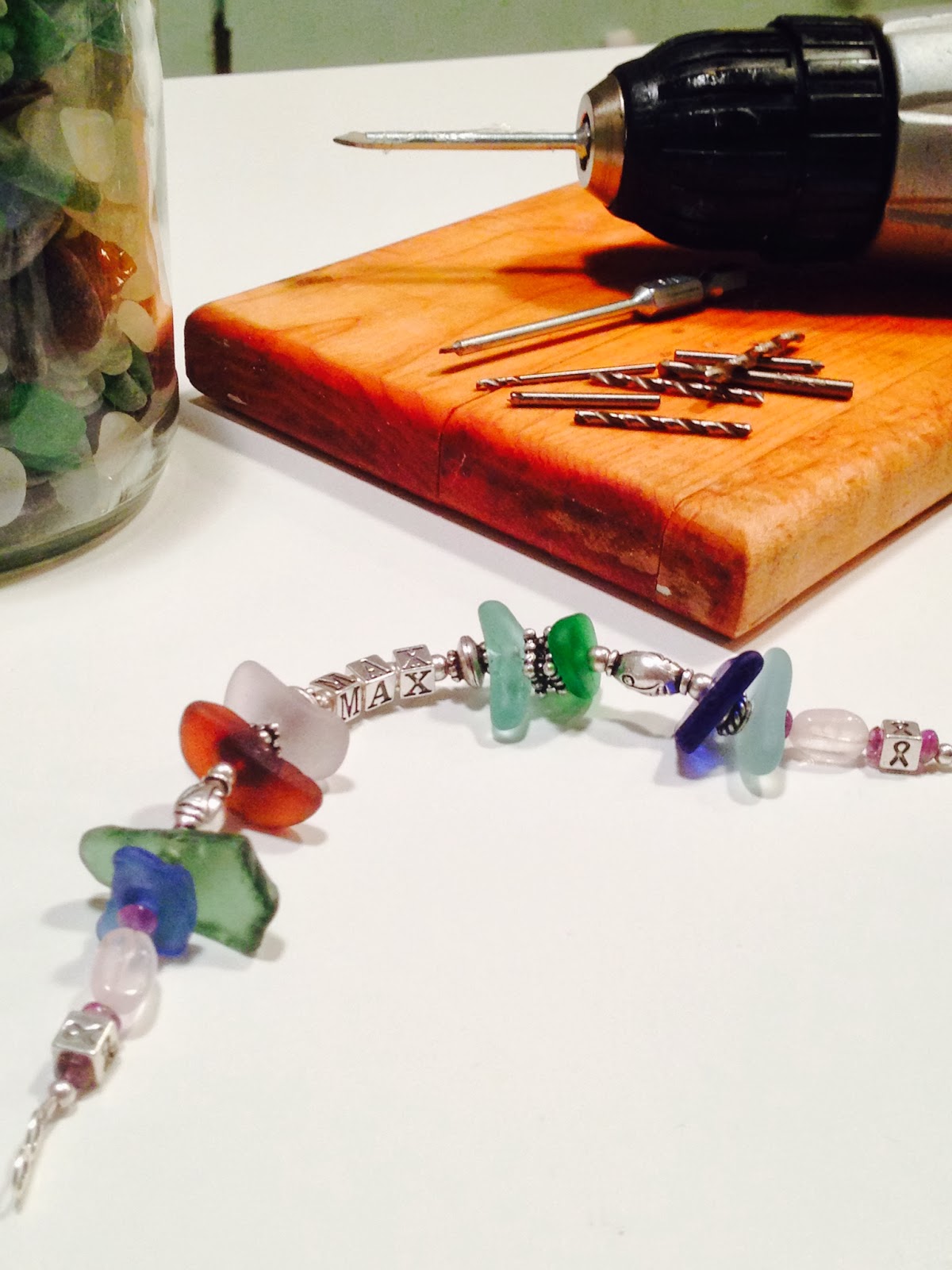 When I spent my first week in Newport this past year, Valerie convinced me to go to Fort Adams for what seemed like picking up trash.   I'm all about beautifying the world we live in but it was brutal cold and dowsing wet sand didn't seem like a productive use of my time.  Even after I uncovered a handful or two I still didn't get it.

Some fellas at a frat party in Australia, say, threw beer bottles in the ocean decades ago and I'm collecting the shards.  Still, there was something storied I found in the sea glass and their ill-lustered beauty.  I made a bracelet for Valerie in memory of her Max out of them to thank her for hosting the fuzzybutts and I this past year.  But it wasn't easy.

Six drill bits later and two deep puncture wounds to my thumb, I finally figured it out and finished it tonight.

We've had a warm and wonderful send off as we start heading down south tomorrow and god willing, the three of us will all be back up here in November. But it's more than just moving on and leaving behind.  It's that you can't travel with.

YBD's Notes 1: I've been inviting a few friends and colleagues to come out to the west coast and walk with us if even for a week.  I think it'll make the experience that much fuller and richer...

Fort Adams is one of my favorite places! I'll be reading and looking forward to more as your journey moves forward.